Future agriculture and food supply chain is one of the pillars of human survival and prosperity in the long run. The planet’s ecosystem is very fragile and influenced by a large array of very diverse natural and human factors which are frequently interdependent. Regardless of root cause, climate change, pollution and depletion of non-renewable resources and several other unfavorable processes are in place. We can argue that the increase of the average temperature is just a part of a long-term natural cycle and not the consequence of human negligence and pollution, but in the end, it doesn’t matter. The ecosystem is changed and agricultural plants might not survive the change and adopt in time. Relevant and fairly reliable indicators are available, but it seems that nobody is paying attention to those staggering numbers and trends. Doomsday preppers are well known to be a rather suspicious and concerned group of people about the reliability of future food supply chain. But even they somehow assume that agricultural production will go on, and the only problems that could occur are short run disruptions in distribution.

The main challenge for future agriculture and food supply chain is to produce more food with considerably less resources in a sustainable manner for a rapidly growing population, preferably even reducing current levels of pollution. Securing future agriculture and food supply chain is a complex task, which requires not only new technologies but also a paradigm shift in the current technological and economic system. Possibly the most important change is the change in current agricultural practices and agricultural education.

Reliability of the food system is heavily dependent on mineral oil and significant amount of transportation. Moreover, global agriculture is extremely centralized and profit oriented. Intense push of GMOs into standard agricultural practice led to severe reduction of biodiversity in agriculture. Once upon a time, countless genotypes of same varieties offered unprecedented genetic variability, which was one of the key factors of survival. Today, large GMO fields are populated with only several genotypes. In occurrence of very harmful effects for that particular genotype, whole fields could be simply wiped out. Additionally, patented genes and the domination of hybrid seeds are major obstacles for farmers’ own seeds production and provision of decentralized food production during and after possible capital disturbances of future agriculture and food supply chain. To change that situation it’s not possible to implement just partial solutions, but a paradigm shift and systematic solutions are required

Mankind is only a part of a global system, together with some valuable resources that play a crucial, but not so visible role, in the planet’s ecosystem. Forests occupy roughly one third of the earth's land surface. Because of their size, forests play a major role in the functioning of the biosphere and not only a role limited to business. Unprecedented deforestation compensates for loss of arable land, but badly influences the planet’s biosphere. It seems rather rational to get to the consensus quickly and replace the management paradigm in a sense that we govern and manage something that belongs to us, with the stewardship paradigm in a sense where we steer and cherish the most important resources, vital for our own survival.

Authors retain copyright and grant the journal right of first publication with the work simultaneously licensed under a Creative Commons Attribution License (CC-BY) that allows others to share the work with an acknowledgement of the work's authorship and initial publication in this journal.

This journal provides immediate open access to its content on the principle that making research freely available to the public supports a greater global exchange of knowledge. LICENCE: Creative Commons Attribution 4.0 International (CC BY 4.0)

On April 21, 2021, we were informed that ECOCYCLES has been evaluated for inclusion in Scopus by the Content Selection & Advisory Board. The review was positive and now our journal is in the Scopus Title list.

Our journal (ISSN 2416-2140, DOI 10.19040/ecocycles) is the first Open Access, fully refereed academic periodical in the area of ecological cycles. The journal's primary goal is to offer a significant medium for scientists to present and discuss their newest findings from research on all aspects (social, economic, environmental, geological,  etc.) of this field.

As calculated by Dimensions, recent Citations (Mean) values (the average number of times that a paper in ECOCYCLES has been cited by other publications) have varied in the range of 2.05 to 2.17. 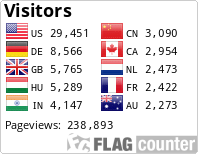